Here is a report from Caitlin Macpherson about Arts Network event in London:

On the 21st of January we had the privilege of welcoming Ruth Afolabi to the Arts Network group in London (called Interface) to speak about her faith and how she started the Magnify Collective. The event was laid out as a relaxed evening in which Alex Lucas interviewed Ruth. We started by getting to know a little about Ruth and her background. Ruth grew up and still lives in London and went to Durham Uni to study Law. In her first term of her first year, Ruth suffered a few losses in her family that caused her to feel let down by God. She went off-the-rails a bit but then found her way back to God and realised that in “faith is the only way I know how to be” (Ruth Afolabi, Interface, 21/01/21). I think the way in which she communicates her coming back to Jesus shows us just how her faith permeates every part of her life and work and has guided her in her decisions. 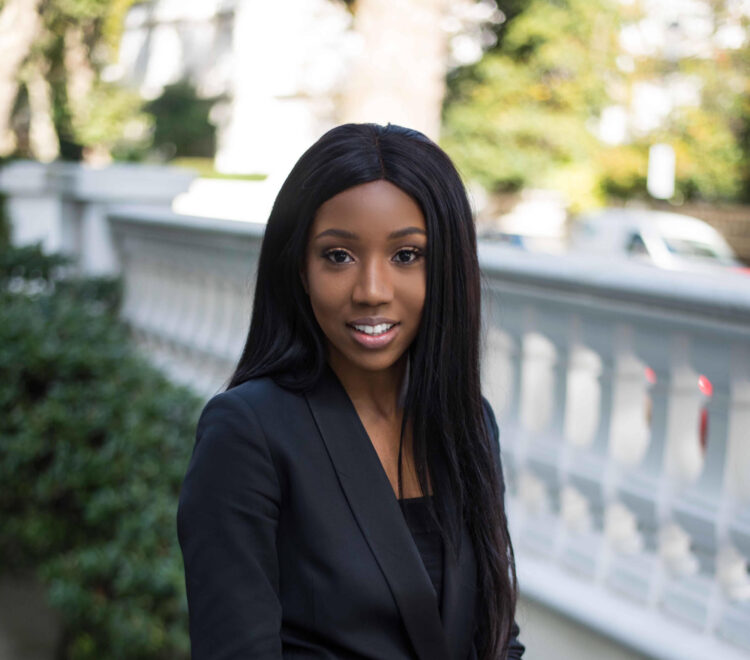 Ruth then went on to share with us more about Magnify, its values and visions and how she set out starting it. The Magnify collective has a printed and online magazine and podcast. Ruth described her aim in starting Magnify as a new way to meet people where they are at, as God does for us. From her experience she found people better responding to testimonies of God working in Christians lives, than just communicating highly intellectual arguments and reasons why they should believe. Therefore, her vision in starting Magnify was to communicate stories of faith in a tasteful, God honouring and glorifying way. It was also born out of her frustration at the way some churches had a “should be” attitude in regard to the types of careers women should have. Her views on this are clearly aligned with what we are trying to consider at Interface: “Christians should be in every sphere of culture”.

After a few questions Alex asked Ruth to describe how she was able to obtain contacts, how she started-up the Magnify magazine and how she got it in the market-place. It was amazing to hear the stories of her hard work, for example, she took a suitcase to her local well known magazine store and ask Raj (the magazine shop owner) to take a chance and sell the first edition. Ruth went on to talk about the proactive attitude she has adopted in the Magnify team; “team no excuses”. However, she went on to say that “God has been so gracious in opening doors” for her and the Magnify collective. Her attitude to the hard work and the energy it took to start up and persevere in creating Magnify is summed up in her saying “God has given us so much, let's give him our all”.  Also, she says she constantly prays for wisdom, when asked about day-to-day work and how does she glorify God in her labour.

This view was accompanied with a story of being on a shoot; there was disagreements with someone hired in to help, about whether a shirt should be worn under a specific garment or not to make it look more “high end”. Ruth talked about holding close to your convictions and faith, and “honouring God in your work as he will honour you”. She talked about the temptation of compromising these convictions but how praying for wisdom has often given her clarity and strength in those more challenging times. During this conversation she referenced Solomon and his request for wisdom from God, this was an amazing reference as we know God blessed Solomon with this and so gave him resources and ability to make an excellent house for the Lord. Ruth continued on to explain God's provision in providing amazing career successful Christian women who have been interviewed and featured in the Magnify magazine, including Black Panther star Laititia Wright. It was encouraging to hear how Laititia Wright enjoyed the magazine before being approached to feature in it and how the magazine often sparked deep or faith conversations with others for the actress as she often had it in her dressing room. Alex then went on to ask about the quality and value of the products Magnify is making. Ruth mentioned how “God's grace is working on top of a foundation of excellence and hard work”. This is a very inspiring view of the work Magnify does, as they strive to present who God is and how He works in women's lives, through a medium done with care and consideration not just in ethics but in creativity and materiality.

As a recent graduate of a Fine Art degree, who is struggling to make work, I am inspired by Ruth’s strive for excellence in her magazine Magnify, and I am especially encouraged by her honest recount on how tough it was to initially start-up. In the time allowed for questions, I asked Ruth how she managed to get to the point where she was able to dedicate all her time to Magnify and earn from it. I had often encountered at University, visiting artists or speakers who would move straight from talking about their degrees to their successful art career and skip over the in-between struggle to get to the point they are at now. Ruth did not disappoint in her answer; she talked of the 9 years of struggle to get to the point where she was able to earn from her work on Magnify. The biggest driving force, she mentioned that helped her in those years was the conviction that she was doing the good work that God has intended for her to put her hands to. She talked of the encouraging prayers of those around her, especially her parents who she lived with for that time. I especially liked hearing her reflections on that time, recognising what she learnt from her mistakes.

To conclude, it was wonderful to hear about Ruth and her convictions. Her faith in God through the tough times is inspiring. She worked for years on her business with no obvious success; this is especially encouraging for us to hear as we persevered in our own endeavour at this tough time in culture and creative industries.

Caitlin Macpherson at present is a Relay Worker in our London region. She specifically working with students in the arts and creative university courses. Website:  www.caitlinmacpherson.com

View all resources by Caitlin Macpherson