Can We Talk About Feminism?

Alexandra Lucas is a weaver and artist based in North London. She weaves tapestries and rugs on an ancient backstrap loom which is strapped onto her body.

She’s fascinated with the fact that weaving is a practice that connects us all as humans across history and cultures. Each piece is made with traditional techniques for the modern context, made to last and be cherished for years to come.

Ellidh has been working with students for 14 years, and currently does so at All Souls Langham Place. She studied Theology at St Andrews and Durham, with a particular interest in violence against women in the Old Testament. In her spare time she likes to knit and listen to podcasts about true crime.

Feminism and the Arts

For our Interface discussion on Feminism back in October, we were joined by Ellidh Cook and Alex Lucas. Alex began our discussion, introducing us to the tradition of weaving and her practice as a contemporary weaver. Having historically been held as a ‘feminine’ craft, Alex helped us to consider the physicality of weaving and how it draws connections between a history of ‘women’s work’ and into her own practice as a contemporary weaver. Alex is currently exploring this through her collection of ‘woven crisp packets’ which you can revisit on her Instagram @alexandralucasweave.

A recording of Alex's talk can be found via the following link:

Ellidh Cook led the second part of our discussion, engaging us in a consideration of the term ‘feminism’ and its relationship to the Christian faith. This part of the discussion was not recorded, so we have taken the space here to summarise some of the key points addressed in Ellidh’s talk.

Feminism Is Not the Enemy

Feminism is often seen with a certain level of scepticism and uncertainty within Christian circles, rooted in a misconception that ‘feminism’ diminishes the distinction between men and women. This misunderstanding of the intentions of feminism is corrected by Ellidh who highlights that at the heart of the call of feminism is not that men and women be identical, but that women are recognised in their equal being, status, and rights. To take the core of feminism as this, as equality, is not however to be unquestioning of all expressions of feminism, as Ellidh reminds us. As well as expressing the core desire for equality, conversations within feminism have also sought to address marriage, motherhood, and sexual revolution. Conversations historically and within the contemporary setting have in this way then become occupied with the questions of sex and bodily autonomy, namely ‘my body, my choice’. Many of these questions that circulate feminism begin to rub up alongside Biblical ethics, causing many Christians to retort and reject feminism altogether, instead taking on a combative stature that fails to engage well and fairly with the central issues at play. In her discussion, Ellidh reminds us that these conversations are not easy but must be had with gentleness and care in order that the Biblical principles of gender equality and the inherent dignity of women are upheld alongside the sacred ethics of the preservation of life, the covenant of marriage, and the gift of sex.

Conversations within secular and Christian feminisms are strained by a clear difference in views around the purpose and use of sex. Broadly within contemporary Western society, sex is about enjoyment and freedom, the celebration of the natural desires of our bodies. Whilst the Christian can similarly celebrate sex, Ellidh reminds us that the Christian also holds that sex is always intended for something more than just mere physical pleasure – always existing within a covenant relationship that points to the union of Christ and the Church. Whilst the sexual revolution sees the liberation of woman as enabling her to have sex freely within any context she desires, Christianity recognises that true sexual liberation only exists within the sexual equality and mutual respect of two bodies within the security of the marriage bed. Likewise, in singleness the woman is not placed with an expectation that her worth is in her sex life or desirability, but in her own right as a person bearing the image of God. Exploring this topic of sex, Ellidh is able to help us to identify that the pursuit of sexual equality is a worthy one, but the answer that feminism outside of Christianity comes to is insufficient.

The insufficiency of the conclusions of a feminism divorced from Christianity is similarly an inability to ground the call for freedom and equality in a substantial reality. Expanding on this, Ellidh explores that often patriarchy, the male use of power to subordinate women, is seen as manifested through religion and consequently identified as a core reason to reject religion. However, an atheistic feminism, as Ellidh highlights, makes it very difficult to make sense of the ethical and moral claims that stand at the heart of feminism itself. Feminism at its core holds that women have a value, dignity and worth that is equal to that of men and is rightly outraged when this is undermined. However, within an atheistic framework that rests on a purely evolutionary and naturalistic account of humanity, patriarchal oppression can be argued as a logical outworking. Within natural selection, it is the strong that are ultimately afforded success at the expense of the weak. Given that the female body is vulnerable to being overpowered by the male body, wouldn’t patriarchal oppression simply be a natural expression of an evolutionary framework? It is in this vein of thought that Ellidh begins to examine the Biblical framework through which we can understand the real dignity and value of women.

Women in the Bible – Ultimate Dignity, Ultimate Worth

The definition of what a woman is, is contentious in contemporary society. However, we see womanhood defined by God in the Bible. To be a woman is to be made in God’s own image. To bear God’s image is a privilege afforded to women, together with men, who are both created equally and mutually as an expression of who God is. Womanhood and manhood then, for the Christian, is uniquely tied to God’s own being. This difference can not be a basis for discrimination or inequality, as both men and women are endowed with an inherent and undiminishable dignity tied to God himself. Ellidh draws us into a passage from Genesis 2 where we can see that woman was made from the very rib of man, a symbol of their oneness, partnership and equality, each made for one another, and only when presented together are they declared very good. This oneness, equality and partnership is not however the gender relations we see emerging in human history, a consequence of the rebellion of humanity against God and his given order. In this rebellion we see the rotten corruption of the gender dynamic of which feminism seeks to redress, the subjugation and exploitation of women under man’s abuse of power.

Despite God’s express provision throughout the laws of the Old Testament for the protection and care of women, we see men’s deliberate and sinful rejection of women’s God endowed dignity and personhood. Ellidh highlights that there is no space for men to justify this behaviour, demonstrating this by directing us to God himself made man in the person of Jesus Christ. When Jesus steps into this rebellious world, Ellidh reminds us, he shows the utmost respect and love to women – inviting them to become a core part of his ministry. Women joined him to accompany him as he travelled, they contributed to his ministry financially, and were invited to learn from him. Despite all cultural restrictions that would undermine their witness, Jesus also gave women the privilege of the first encounter with his resurrected body. Women became integral to the early church, teaching and building up the church as co-workers with Paul. Whilst their culture dictated to women that they were merely for marriage and babies, Jesus liberated them, inviting them to explore their full purpose as those called to declare God’s glory.

Jesus cares about women, Jesus cares about justice. So, wherever we see movements acknowledging the marginalised status of women, violence and abuse against women, the stripping of dignity and worth of women, we must celebrate this. Feminism is a worthy pursuit in its recognition of the many ways in which women have been denied the fullness of their humanity. But Ellidh emphasises that the strength of feminism is in its rootedness in the core ethic of justice and equality that sings from the heart of God himself. The mistreatment of women should make us angry, because it is an act of injustice born of a broken world that has turned its back against the author of justice and dignity itself. The pursuit of feminism within the framework of Christianity is vital in addressing the consequences of sin in this broken world, but the fragile pursuit of justice now points us also forward to the certainty of a future hope of perfect justice. A future where perpetrators of the sin of injustice will be dealt with, and where women and men are restored to the full dignity granted to them by God – a future freely available to those who turn to Jesus and accept the solution that he offers in paying the price for our rebellion against God. 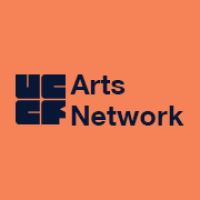